​Meet the Designer at Magic Pendulums... 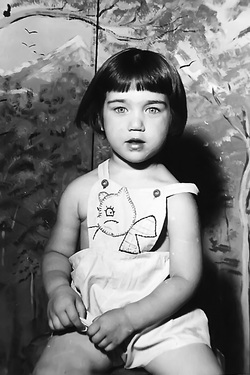 My name is Sheree. That's me on the left...about three years before I discovered pendulums.

I was always an avid reader; I could read at the age of two and, as I grew older,  I would read anything, although I especially loved horror stories, mysteries. Anything exotic or old. Therefore, it is no surprise that I made off with a book that I found in my Aunt Pearl’s house.

The book was old and it had no cover, so it was not very attractive from the outside. But when I looked inside, I found foreign symbols, and charts, and numbers, and strange concepts. Like Egyptian numerology, tarot, palmistry, and pendulums.

The book appealed to everything I loved; I was hooked.

I read the book from cover to cover and played with the ideas I found inside. I particularly liked the chapter on pendulums. I did not know anything about pendulums, but I did know about dowsing. I'd seen it done many times, being a farm girl. Dousing was the way farmers found underground water on their land when they were looking for a spot to dig a new well.

I also loved jewellery, and I would look for pieces that were unique or strange—pieces that looked like they came from somewhere exotic. Pieces that looked like they had a mysterious past. I had two favorite pendant necklaces: a green stone in a setting of writhing gold vines, and a red crystal shaped more like a stylized bell, rather than a diamond or an oval; it was set in gold. The necklaces worked perfectly as pendulums, and I began practicing with them.

It was so easy to make a pendulum move with my thoughts that it made me laugh aloud. At the time (I was about eight) I concluded that I was some sort of a witch; now I know I was merely tapping into the laws of nature. (I am much more comfortable with that thought.)

Years later, my husband, a magician and mentalist, came to me all excited about a pendulum he had bought. I looked at it and grinned. “I played with pendulums when I was a little girl.” I asked him to give it to me. Instantly, the learned behaviors came back and I was able to make the bob swing in a circle, a straight line, speed up and come to rest.

He was astonished because of how quickly the pendulum responded to anything I said. I saw him looking at my hand, trying to detect movement (once a magician, always a magician) but he couldn't find anything...because there was nothing to find. If you've worked with pendulums, you know exactly what I'm talking about.

Then the next thought came. I have been a jewellery designer for years. I glanced at my supplies. “I can make really beautiful pendulums,” I said. “Give me a few minutes.”

I want to create quality props for working performers. That's why each one is rare: only two or three will be made of any one design. What you get from me will be something beautiful and very unique. Yours. If you've got something more specialized in mind, let me know. I love to be challenged.

I want you to be proud to own one of my designs. I know you will be.